WEDO at VII Continental Meeting of Indigenous Women of the Americas

Guatemala City, Guatemala (November 30, 2015) – Last month, WEDO’s Juliana Vélez attended the VII Continental Meeting of Indigenous Women of the Americas (ECMIA) as a participant and a featured panelist on gender and climate change.

This conference brought together over 300 indigenous women from communities across the Americas, from over 20 countries in order to discuss critical issues and solutions from an indigenous perspective such as women’s rights, sustainable development, and the environment. Among the participants and organizations present were Noble Peace Prize recipient Rigoberta Menchú Tum, ECMIA Región Sur and Chirapaq director Tarcila Rivera Zea, Conavigua Guatemala founder Rosalie Tuyuc Velásquez, UN Women, United Nations Economic Commission for Latin America and the Caribbean, AWID, Ford Foundation, Amnesty International, and Sacred Fire Foundation.

Dozens of media networks from the region joined for a press conference dedicated to climate justice. Juliana highlighted the importance of the Women’s Global Call for Climate Justice alongside indigenous women leaders including Chief Caleen Sisk, climate justice advocate and campaign partner.  During the last panel of the session, dedicated to Climate Change and Indigenous Women, Juliana shared perspectives from WEDO on the linkages between climate change and gender, the importance of gender equality, human rights and indigenous people’s rights and shared the latest from the UNFCCC negotiations. The conference proved to be productive, inspiring, and essential as participants developed key recommendations and next steps on each of the thematic issues during the many breakout sessions of the week. 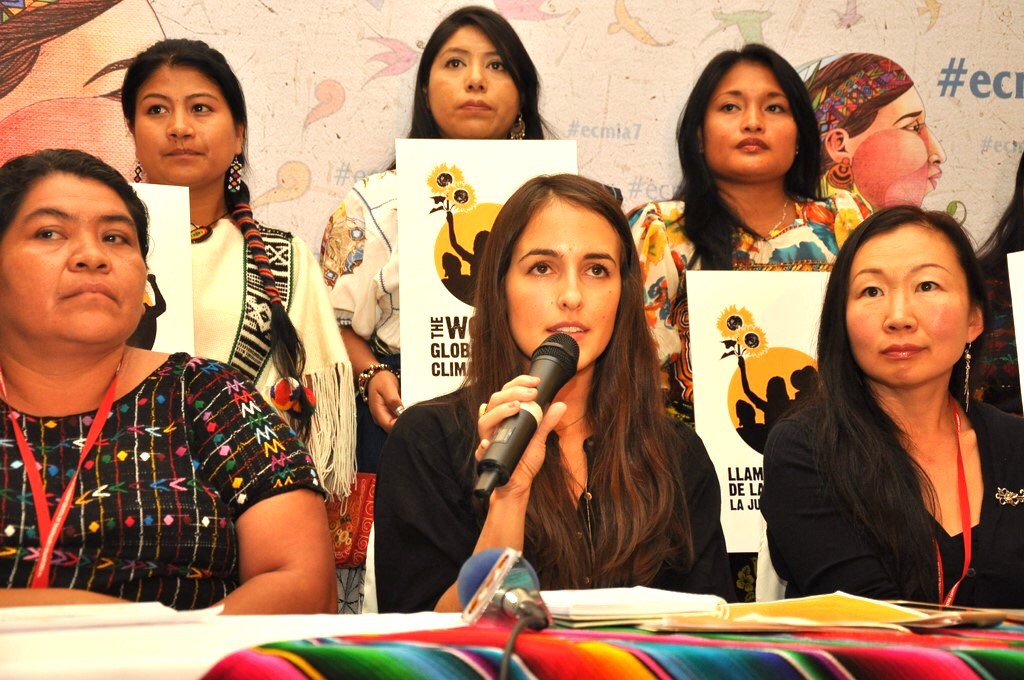