From May 16th to May 26th, the WEDO team joined over 1,500 observers to attend the forty-fourth session of the UN Climate Change Conference (SB44; APA1) in Bonn, Germany.

Building on the momentum of Paris, the talks represented a crucial next step in operationalizing the work mandated by the Paris Agreement. While much was said of the “Paris spirit”, many nations noted that “climate change hasn’t [hadn’t] gone away just because we have an agreement, in fact, it is clear that the crisis is getting worse by the day.” Recent studies by US scientists predict that 2016 will be the hottest year ever recorded, breaking records set by 2015.

Within this context of urgency, negotiators grappled with questions of ratcheting up national plans for slashing greenhouse gas emissions, transparency in reporting and the roadmap for developed countries to deliver US $100 billion.

WEDO continued to push to make gender equality and sustainable development a reality by challenging gaps in the implementation of the current goals under the UNFCCC.  As WEDO’s Prachi Rao, representing the Women and Gender Constituency, noted in her opening intervention:

While the agreement in Paris may represent a starting point for collective action– the terms are still unclear, the ambition is too low, and the rights of people and the planet have not been secured. People, namely indigenous peoples and local communities, and women, in particular, are both “on the front lines of crisis and the front lines of change.”

WEDO, together with the Women and Gender Constituency, continued to advocate for an intersectional approach to integrating gender into climate policy, including at the national level through action plans, analysis, and sex-disaggregated data.

While there were many highlights from SB44, the in-session workshop on gender-responsive climate policy produced wide-ranging recommendations from parties and observers on the continuation of the Lima Work Programme on Gender. WEDO welcomed the progress made by parties under the SBI to prepare a draft decision to continue and enhance the work programme post-Marrakesh. See some more highlights below.

From May 13 to May 14, WEDO hosted a pre-sessional ‘Night School’ for over 30 newer delegates. The two-night series focused on drafting text for interventions, with the aim of strengthening the participants’ capacity to effectively participate in the negotiations. 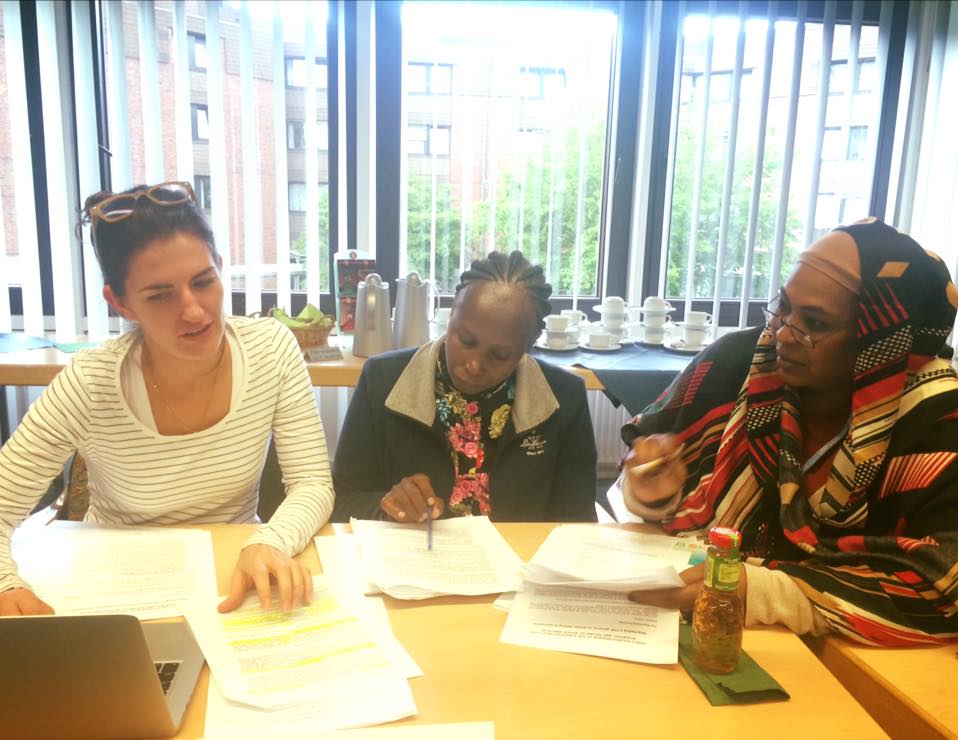 In accordance with decision 18/CP.20, an in-session workshop, focusing on adaptation, capacity building and training for delegates on gender issues, took place on the 18 and 19 May 2016 during SBI 44. The workshop shared good practices and explored steps forward. WEDO’s Bridget Burns facilitated a break-out group on “Implementing agencies and civil society a national/subnational level”.

See the workshop agenda, including full presentations, here and the final recommendations can be found on the UNFCCC’s website. Watch the GGCA Video below to listen to some of the highlights.

On the 19th of May, WEDO in partnership with the UNFCCC Secretariat hosted a reception to celebrate women’s leadership in climate diplomacy and create an opportunity to share ideas for enhancing more equitable and effective information sharing, public education and capacity building.

For their tireless work and commitment in promoting women’s leadership in climate diplomacy, this event honored:

See all the photos from the event here. 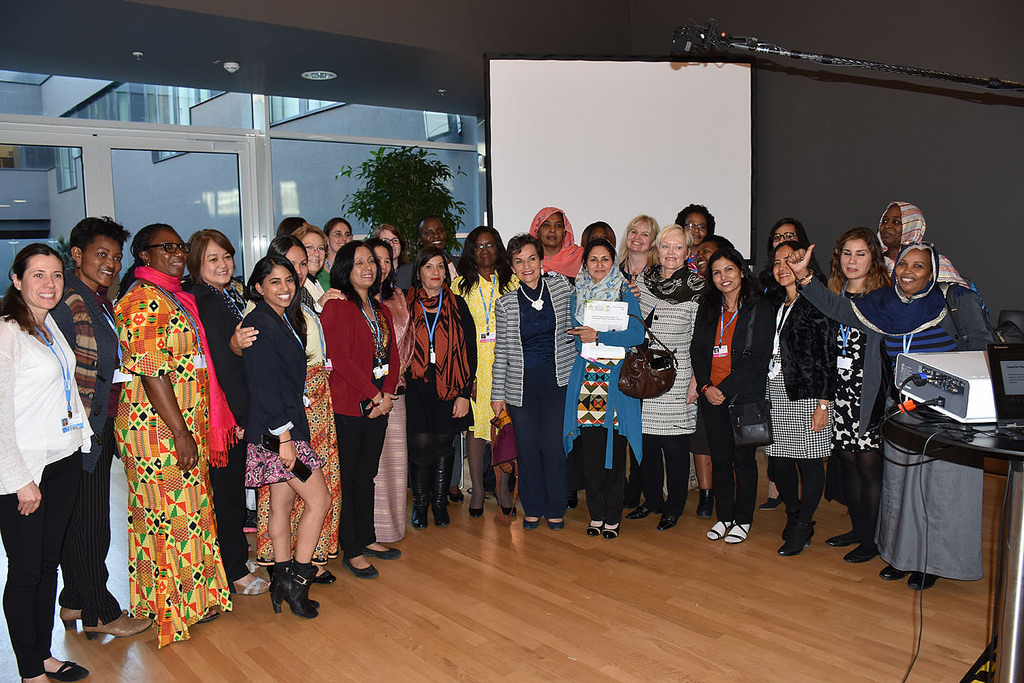 A Gender-Just Transition Side Event

This event explored the implementation of the Paris agreement in a just and equitable manner; taking into account gender/feminist analysis of a “just transition” and promoting energy democracy. Panelists also provided a review of gender-responsive mandates and decisions under the UNFCCC, and provided concrete policy recommendations for enhancing implementation at national and regional levels.

The latest on UNFCCC, WEDO at SB44, Women Delegates Fund