PARIS, France (Dec. 7, 2015) – In response to the draft agreement lacking language on rights, civil society staged a massive sit-in at COP21 followed by a march in order to send a clear message on the importance of human rights.

This is what ‪people power looks like. Watch as hundreds of activists, making it the largest action at COP21, rally together against a weak deal for people and the planet.‪ The chant, “we are unstoppable, another world is possible,” runs through the conference halls.

We demand developed countries do their fair share, we demand that this deal protects those at the frontlines of climate impacts, experiencing them now. We will never give up on our campaign for climate justice. 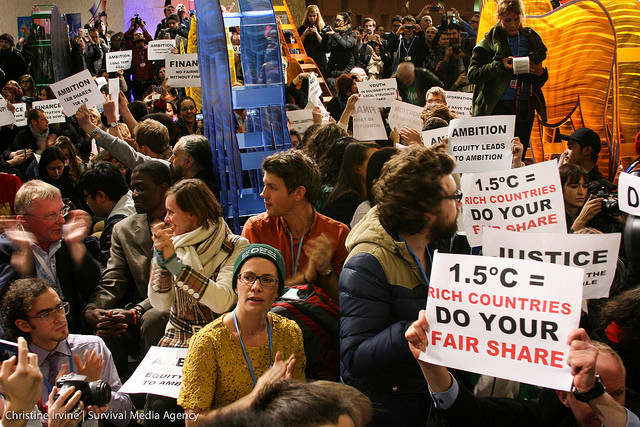 Democracy Now: "It's Going to Burn Our Planet": Hundreds Protest "Unacceptable" Draft Climate Accord Inside COP21