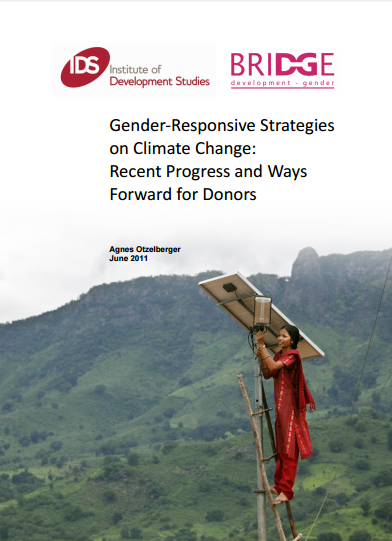 Please find below a recent paper by Agnes Otzelberger of CARE. “Gender-responsive strategies on climate change: Progress and ways forward for donors”

This paper focuses on the role of donors in this process, and is targeted at those working on climate change in donor agencies. It outlines a rationale for improved integration of gender and proposes key principles which should premise climate change policies and programmes. Some of the principles outlined include the ideas that neither the impacts nor responses to climate change are ever gender-neutral, addressing gender is about addressing unequal power relationships between women and men, and gender relations are context-specific, and change over time. The paper also offers recommendations for donors which include: