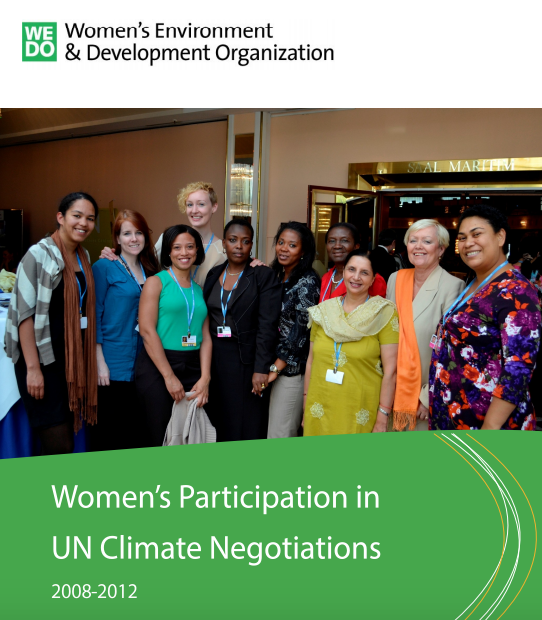 This new reports looks in depth at women’s participation in the UNFCCC over the last 5 years, graphically portraying data on the overall percentage of women on national delegations, as Heads of Delegations and on UNFCCC boards and bodies. The report also looks at participation by region, country, and negotiating blocks.