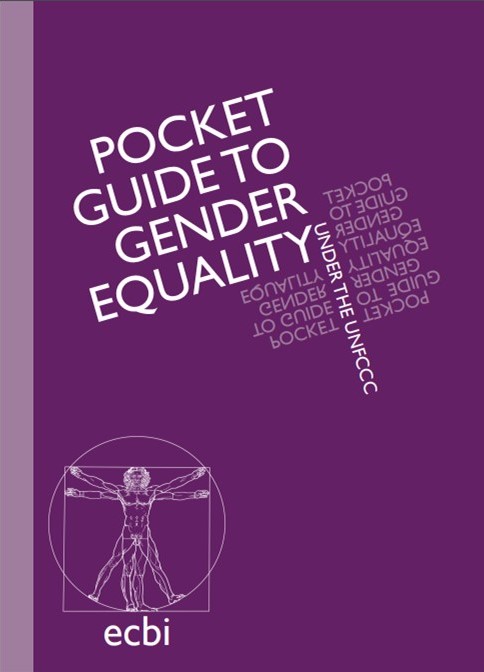 Pocket Guide to Gender Equality under the UNFCCC

Pocket Guide to Gender Equality under the UNFCCC

Written by WEDO team members with our WDF Network partner Ms. Stella Gama (updated February 2018), this Pocket Guide is part of a series produced by the European Capacity Building Initiative (ecbi). The pocket guides are designed to provide negotiators with a brief history of the negotiations on the topic; a ready reference to the key decisions that have already been adopted; and a brief analysis of the outstanding issues from a developing country perspective. These Guides will be mainly web-based, and updated annually.

What has the UNFCCC ever done for gender?

As parties to the UNFCCC work on developing a gender action plan, find out what has already been done on gender in the climate negotiations, and what the key elements of the new action plan are likely to be. This ecbi Pocket Guide on Gender Under the UNFCCC explores how gender has been addressed in the UNFCCC process so far. It elaborates on gender linkages across the different themes (such as mitigation, adaptation, technology development and transfer) and elements (such as the nationally determined contributions) of the negotiations.

Policy Brief: Gender Data Must Be The Bedrock Of Climate Justice

Toward a Gender-Transformative Agenda for Climate and Environmental Action