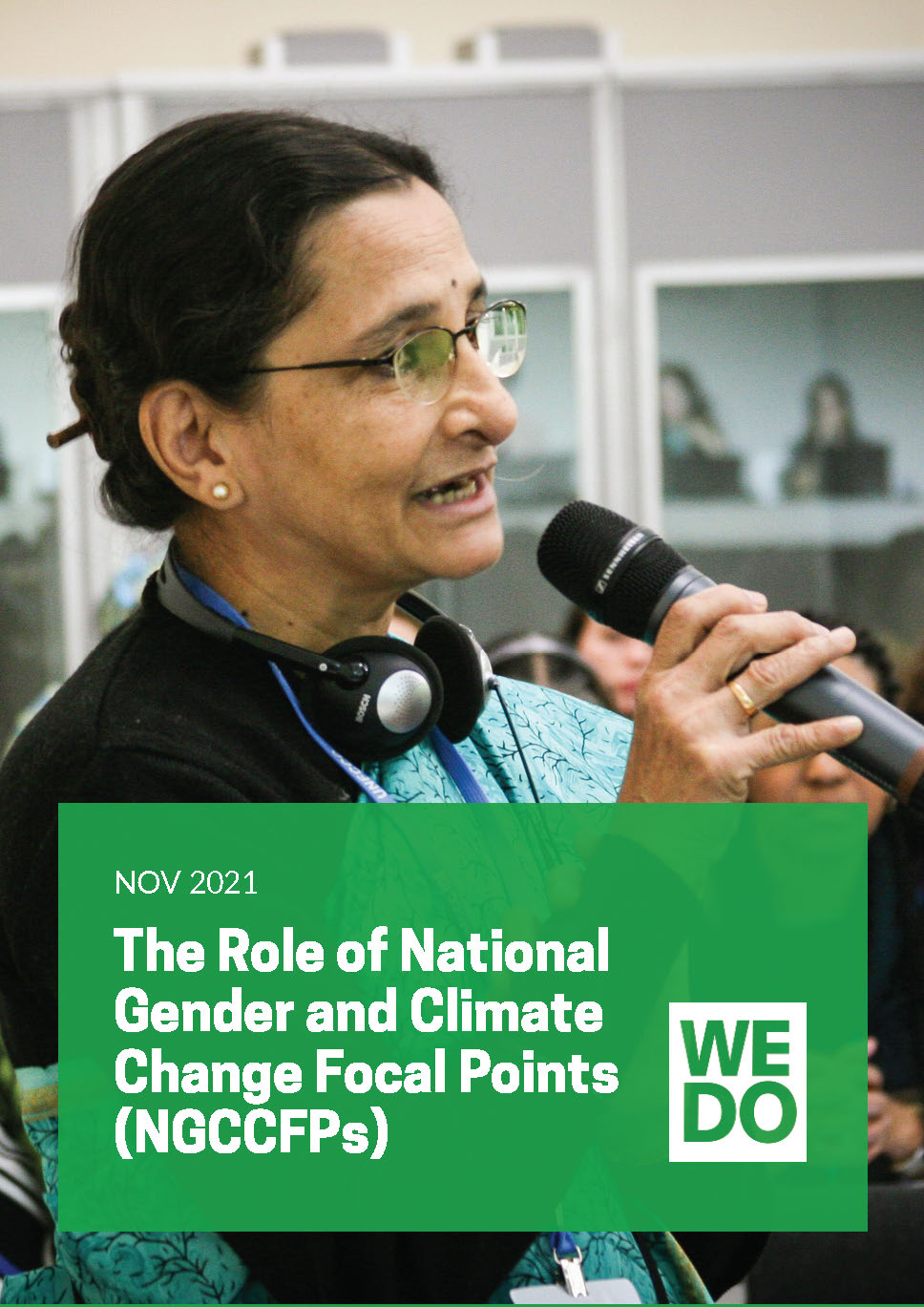 Insights from WEDO’s collaborative NGCCFPs program with the countries of Democratic Republic of the Congo(DRC), Haiti, Liberia, and Senegal

The Women’s Environment and Development Organization (WEDO) has been on a collaborative journey with four countries working to strengthen their capacity to further elaborate specific Terms of Reference (ToR) for the role of UNFCCC National Gender and Climate Change Focal Point (NGCCFP). Through various engagement pathways with the national climate entities of Democratic Republic of the Congo (DRC), Haiti, Liberia, and Senegal, WEDO is working with appointed NGCCFPs and their in-country colleagues to understand and raise awareness and action at the national level based on national context, mandates and institutional arrangements.

This process to advance gender-responsive climate action has particularly supported the NGCCFPs in leading national multi-stakeholder dialogues to identify key directions, priorities and opportunities for the NGCCFP scope of work to continue facilitation across sectors on gender-responsive climate justice. This work builds from the foundational work of the UNFCCC Secretariat and a multitude of international and national advocates now working to more deeply understand the potential and appreciate the work of the NGCCFPs.