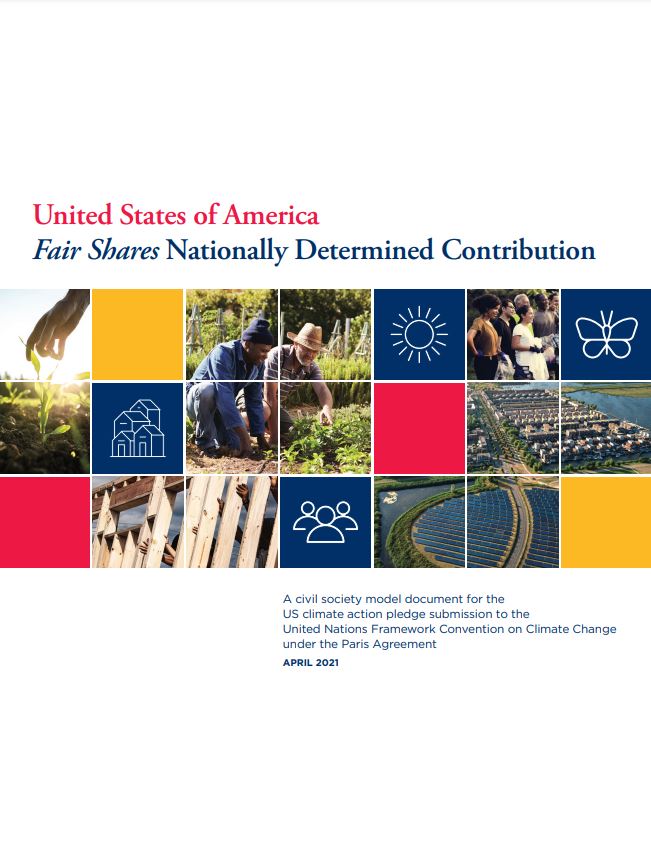 This April, WEDO is proud to join allied organizations in releasing the “Fair Shares Nationally Determined Contribution” (“Fair Shares NDC”) laying out the measures the United States should commit to carrying out to do its “fair share” of the global effort to limit global temperature rise to 1.5°C, based on its status as the world’s wealthiest country and largest historical carbon polluter.

This model document comes in advance of the April 22-23 Leaders’ Summit on Climate hosted by President Biden, ahead of which the United States is expected to unveil a new NDC as part of its reentry into the Paris Agreement.

The work emerges from a collaborative effort of allied organizations pushing for global justice in U.S. climate action, including Friends of the Earth, ActionAid International, Center for International Environmental Law (CIEL), WEDO and others.

“The Fair Shares NDC provides a critical roadmap for effective U.S. climate action that delivers climate justice. The imperative to recognize historical and ongoing injustices must be matched by the commitment to redress them, by embedding human rights, gender equality and environmental justice into all action, centering the leadership of the most marginalized, and ensuring the right of all people to live on a healthy and peaceful planet.”– Bridget Burns, Director, WEDO