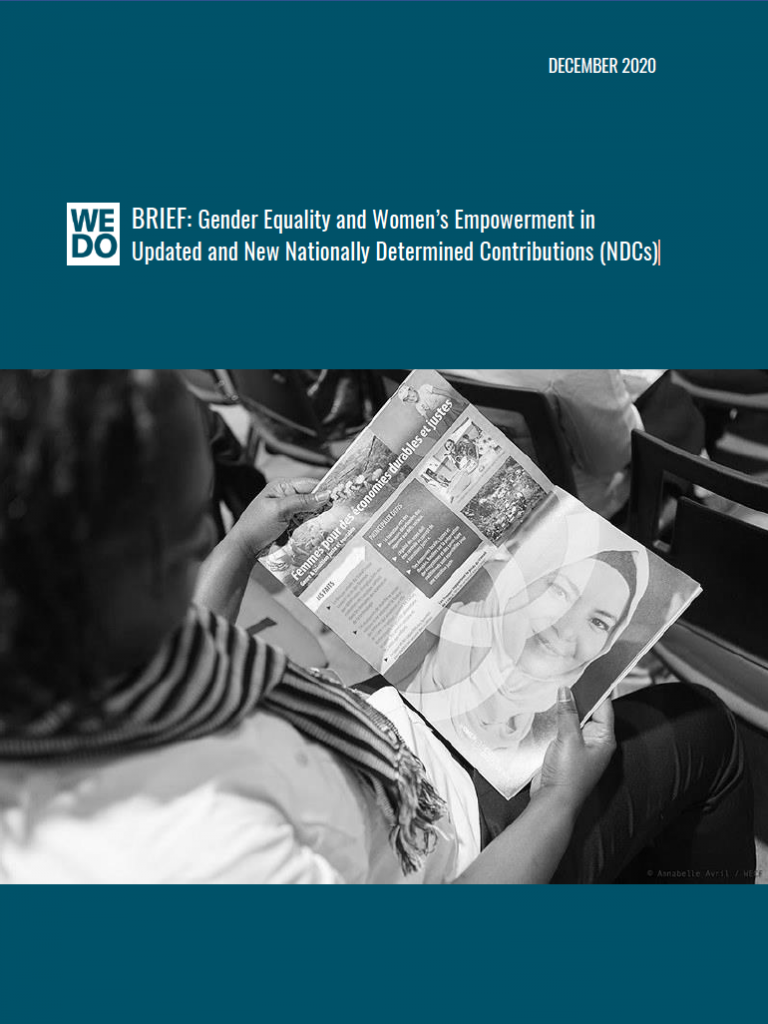 This brief reviews the available updated and new national climate commitments from countries (or NDCs as they are referred to in the climate process) for information on the integration of gender considerations. Though many countries have yet to submit new and updated NDCs, there is some indication of progress as more countries reference gender in their new/updated NDCs than do not.

Though these important planning and policy documents are not necessarily accurate barometers of actualized support for advancing gender equality, we hope progress continues as additional Parties submit NDCs this year and next.

The information included in this briefing paper will be included in WEDO’s Gender Climate Tracker (GCT).

This briefing paper prepared for WEDO by Linda Siegele and was reviewed by Bridget Burns and Tara Daniel.

Webinar: From CSW66 to COP27: Examining Gender Under the UNFCCC