Throughout the past several years of the international climate change negotiations, alongside the establishment of a new sustainable development agenda, governments across the world have agreed that promoting gender equality and protecting women’s human rights are necessary to meet global climate and development goals.

Parties to the UNFCCC have emphasized the importance of women’s leadership in climate change policymaking across several key decisions, including under the gender action plan (GAP). While we have seen many great initiatives to enhance women’s participation, from travel funds to mentorship networks, progress remains uneven and unacceptably slow.

Since 2009, as a part of ongoing efforts to enhance women’s voice and leadership in climate change policy-making, the Women’s Environment and Development Organization (WEDO) has tracked the participation of women delegates on national delegations to the UNFCCC—across countries, regions and as Heads of Delegations. We have documented and shared these statistics on the Gender Climate Tracker website and mobile app, and produce regular briefs on the status of these figures. 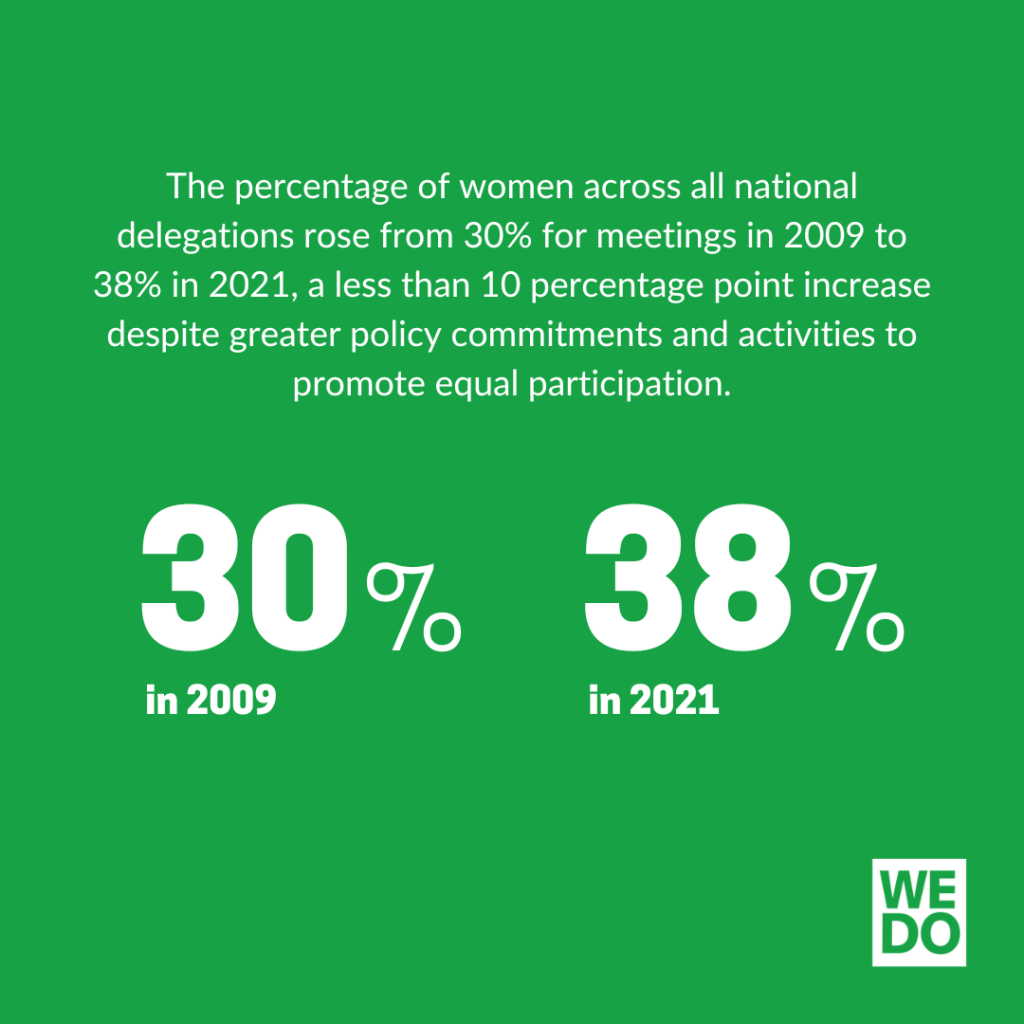 The percentage of women across all national delegations rose from 30% for meetings in 2009 to 38% in 2021, a less than 10 percentage point increase despite greater policy commitments and activities to promote equal participation.

Policy Brief: Gender Data Must Be The Bedrock Of Climate Justice

Webinar: From CSW66 to COP27: Examining Gender Under the UNFCCC