The Women’s Major Group is calling for the next secretary-general to bring a strong feminist perspective to the UN, in line with the UN’s core values of human rights, equality, and justice.

WHY IT’S TIME FOR CHANGE…

After the appointment of eight male Secretaries-General, a female Secretary-General is urgently needed to foster gender equality in the leadership of the UN.

Beyond ensuring that the next UN Secretary-General is a woman, we believe that the successful candidate must be a woman who brings a strong feminist perspective to the UN, in line with the UN’s core values of human rights, equality, and justice.

We therefore call for a woman Secretary-General who has a demonstrable commitment to:

After 8 male UN Secretary-General’s, it’s time for a woman. Show your support online for a qualified woman candidate. Use the hashtag #FemUN in your posts to spread the word. 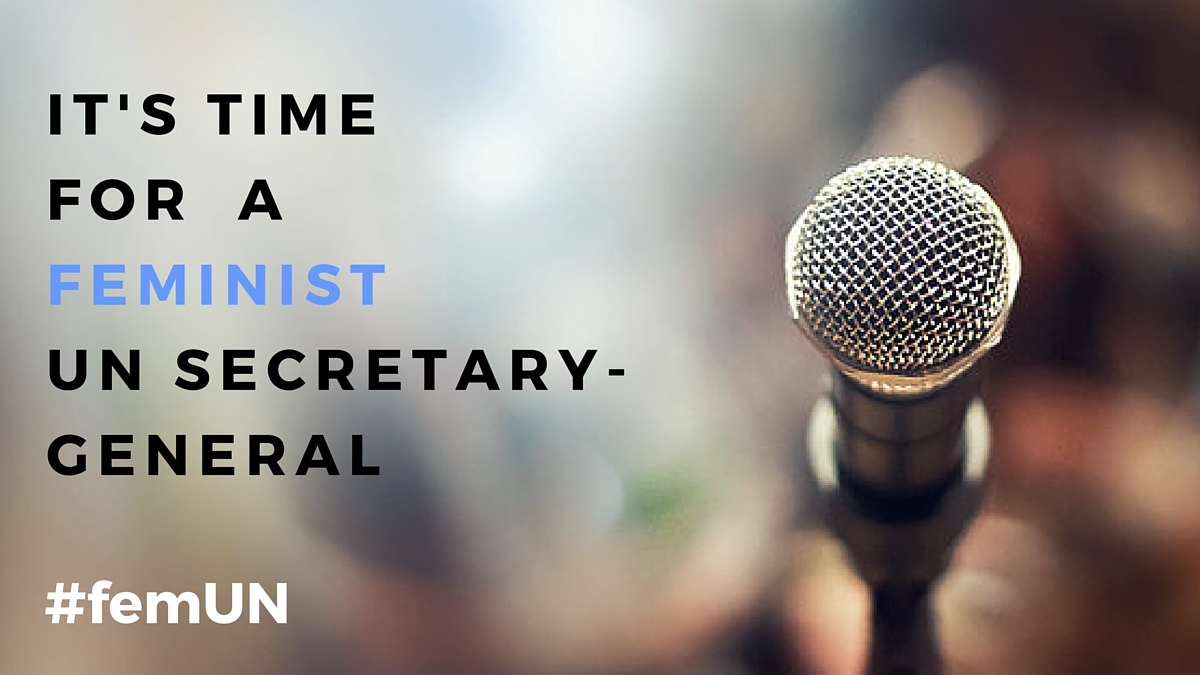 Add your name to the petition for #femUN

The Women's Major Group
1 for 7 Billion

WEDO is heading to the Global Platform for Disaster Risk Reduction

Toward a More Feminist United Nations (2017)