Eleanor highlighted that women are differentially impacted by climate change but that women are leaders and advocates and activists are bringing solutions – from all corners of the globe – to make transformational change. She spoke to the impact of the Women Delegates Fund in building capacity and leadership at the UNFCCC while raising the percentage of women on national delegations. To answer what we want at the COP, Eleanor shared some key asks of the women advocates at COP21 in Paris: to limit warming to 1.5 degrees; to transform energy structures and achieve 100% renewables; for developed countries to do their fair share of emissions reductions; and for new, additional and predictable climate finance, including funds directly to women’s organizations. Gender-responsive policy is one key, but we need a legally binding, just and ambitious agreement! 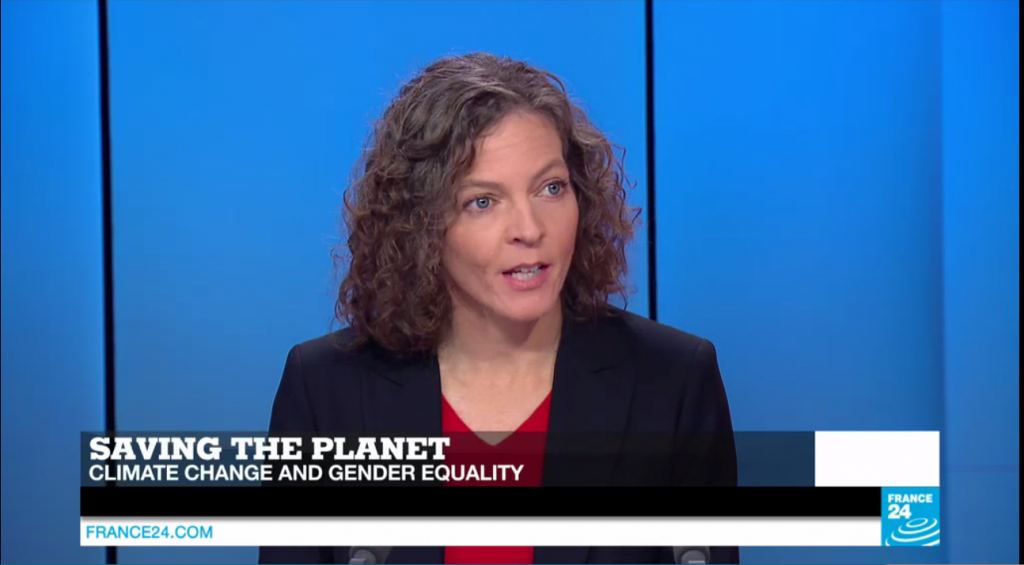 The latest on Climate Change, Eleanor Blomstrom, In The News, UNFCCC, WEDO at COP21