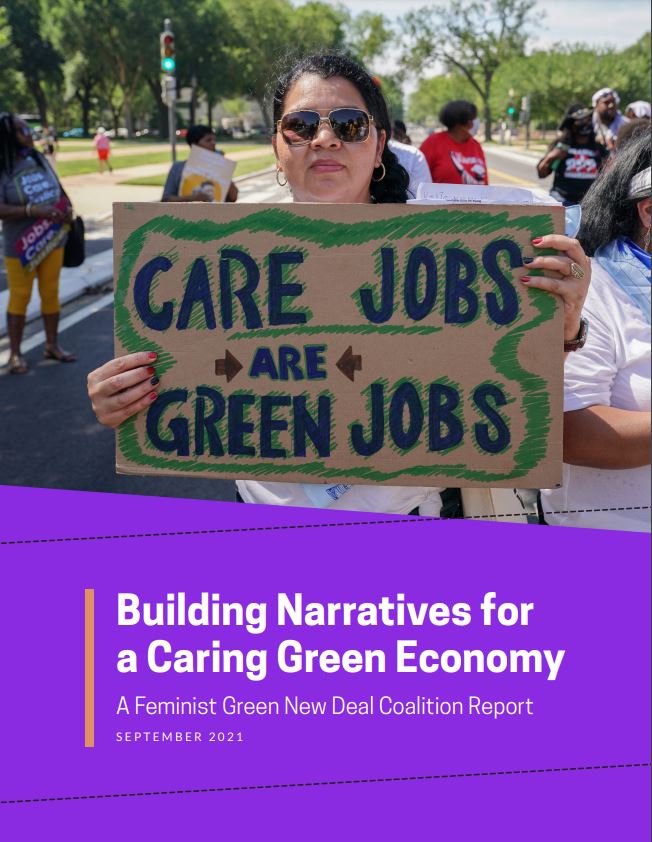 New polling and report from the Feminist Green New Deal and Data for Progress shows national respondents believe care jobs are green jobs, and that care should be central to climate, jobs & infrastructure policies

The Feminist Green New Deal Coalition and Data for Progress released new polling on September 21, 2021, finding that a strong majority of respondents believe care should be central to climate, workforce, and infrastructure policies, and that respondents believe care work are green jobs. In the midst of intersecting economic crises, climate crises, and the ongoing infrastructure fights, these findings reiterate that people support bold economic investments that center care for people and the planet. Key findings from the polling include:

The latest on Climate Change, In The News