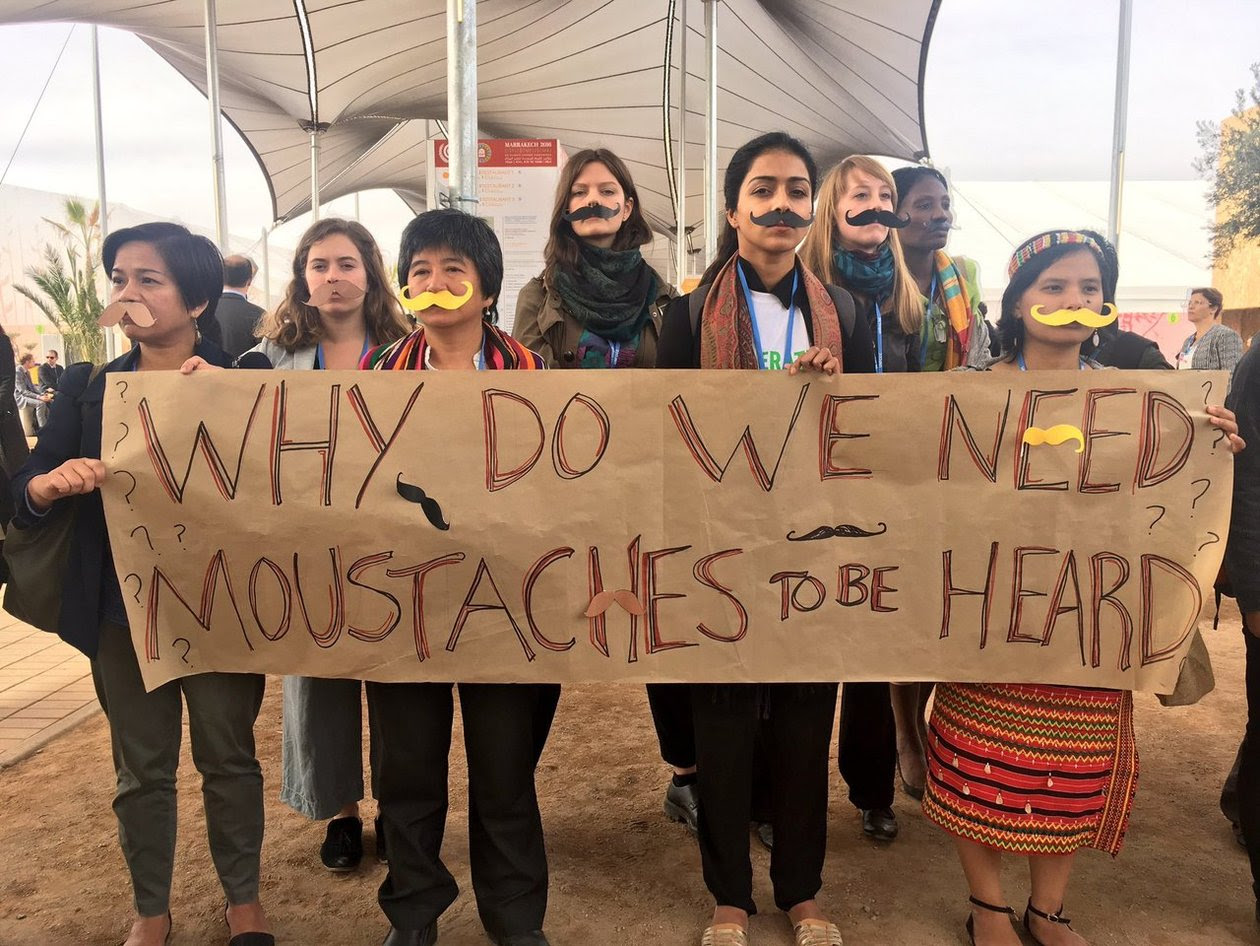 During COP22, The Women and Gender Constituency of the UNFCCC hosted an interactive action to highlight institutionalized barriers to women’s participation in climate decision-making at household, community, institutional, national, regional and international levels. Women demanded to be equally and fully engaged in all levels of climate change decision-making! We should not need moustaches to be heard!

COP22: Pushing the World to Keep its Promises

NEW YORK (Dec. 8, 2016) — Just over a month ago, the climate change negotiations (COP22) in Marrakesh kicked off in what Parties and the Moroccan Presidency had labelled the ‘COP of Action’. Building from the momentum out of Paris in 2015, the outlook for raising ambition and strengthening commitments was high among many- and certainly, some key actions were taken and real leadership was shown by many of the countries most vulnerable to climate impacts.

But underlying the talks in Morocco was an undeniable reality (magnified by the US elections), that the world’s challenges have gotten ever more pressing and daunting, and that current mitigation actions and finance commitments continue us on a dangerous warming pathway of 3 degrees or higher. (READ this overview of the COP22 outcomes from our partners at the Heinrich Boell Foundation).

WEDO, alongside its partners in the Women and Gender Constituency, went to COP22 with a comprehensive set of demands, outlining principles for implementation of national plans that would ensure human rights, gender equality and the rights of indigenous peoples; specific recommendations as to how issues of water, agriculture and health are framed in the UNFCCC process; and clear positions against corporate influence in the climate process and the reliance on leveraging private finance for climate action over public funding from Governments.

On Tuesday, Nov. 14th, the Constituency held a press conference to speak to progress on meeting these key demands, following more than one week of the climate talks. One area of success was the decision on the continuation of the Lima Work Programme on Gender (LWPG), which the Constituency has worked on closely.

The LWPG was extended for a period of three years, to be reviewed at COP25 in 2019. It takes forward many of the activities that were part of the initial work programme including, a) training for delegates on gender and climate change; b) capacity building / negotiation skills for women delegates; c) a set of in-session workshops in 2018 & 2019; and d) technical guidance on entry points related to gender across other bodies of the UNFCCC. It advances the work through newer actions, such as: e) requesting both technical bodies and Parties, as well as the Financial mechanism, to enhance communications and reporting on progress implementing gender-responsive climate policy; f) requesting that a gender perspective be considered in the organization of the technical expert meetings on mitigation and adaptation; and g) inviting Parties to appoint and provide support for a national gender focal point for climate negotiations, implementation and monitoring.

One particularly important addition was specific encouragement to Parties “to integrate local and traditional knowledge in the formulation of climate policy and to recognize the value of the participation of grassroots women in gender-responsive climate action at all levels”.

Finally, in order to drive the work of the LWPG, Parties agreed to the development of a ‘Gender Action Plan’, which is something the Constituency had advocated for. The process for developing this plan is as follows:

While acknowledging progress, the Constituency called out Parties for shortfalls in the Decision. “No aspect of the Paris Agreement can be conceived without half of the population, and we want to be very clear about this. We denounce therefore that although the initial document included the reference for the need to guarantee human rights, and although members of the G-77 and China aimed to ensure a just transition for all and to make explicit commitments to finance the implementation of the Gender Action Plan, those were left out of the final decision.”  – Daniela Rangel, Gender Equity Mexico, on behalf of the Constituency, SBI Closing intervention.

While human rights were left out of the gender decision, in a Decision on capacity building for implementation of the Paris Agreement, Parties were encouraged to include cross-cutting issues such as gender responsiveness, human rights and indigenous peoples’ knowledge in the workplan.

The Constituency spent time dialoguing on the importance of defining what a ‘just transition’ (of our energy/ economy as we move away from fossil fuels) should look like from a feminist perspective. How do we deal with vested interests, how can we drive real change in our economic systems, how do we promote energy democracy and demilitarization, and how do we ensure women’s human rights in all of this? Just transition as a concept is something WEDO and partners will continue to focus on in the coming months– connecting to the work already being done by grassroots groups, indigenous peoples, and trade unions on this topic.

“We will work at all levels to ensure that climate actions and policies protect, promote and fulfill the rights of people of all genders, intergenerational equity, environmental and ecosystem integrity and decent work for all. We need transformation of economies, political institutions and societies with a just transition to democratic 100% renewable energy systems that are decentralised, gender-just, environmentally friendly and nuclear free.”– COP22 Closing Intervention

Below, you will see highlights from the numerous actions, caucus meetings, thematic days and press conferences which WEDO and partners engaged in over the course of the two weeks at COP22. 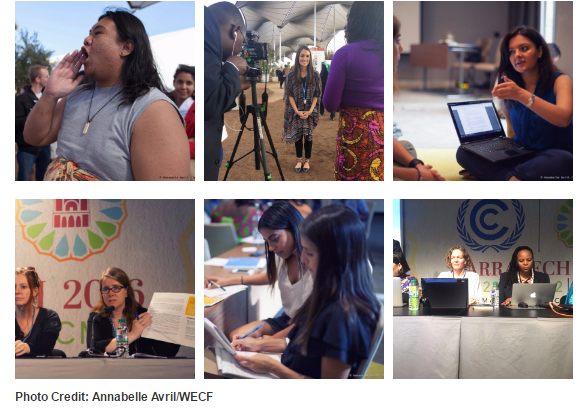 The latest on WEDO at COP22

In Focus Live from COP22 in Marrakech!