Assemblée National Event on the Fight Against Climate Change: Women on the Frontlines

PARIS, France (Dec. 1, 2015) – On Tuesday, Eleanor Blomstrom, from WEDO, and Usha Nair, representing the Women and Gender Constituency, discussed the social and gender dimensions of climate change and the solutions that women bring to COP and on the ground.

Eleanor joined a panel moderated by the Chair of the Women’s Group at the National Assembly, Mrs. Catherine Coutelle: “Lutte contre le dérèglement climatique : les femmes en première ligne” (Fight against climate change: women in the front line). She zeroed in on the demands of the Women and Gender Constituency such as keeping warming under 1.5 degrees and ensuring a guiding mandate for gender equality and human rights in the agreement, as well as those that are most applicable to developed countries in leading on climate change action: committing to their urgent and fair emissions reductions, activating financing that is new, additional and predictable, transfer of technology that is safe, appropriate, sustainable and environmentally and socially sound. And she pointed out that national legislators can play a pivotal role in ensuring participation of women’s organizations in the implementation of climate financed projects. She also linked action and implementation to the broad framework of the 2030 Agenda for Sustainable Development and the SD Goals, noting that there is goal 5 on gender equality and goal 13 on climate change. That agenda was highly influenced by the Women’s Major Group, and while work remains as implementation begins in January 2016 and indicators are finalized, it is critical to look at linkages between the processes and use them to support the transformative change we seek.

On the panel, Eleanor joined Philipe Leveque of CARE who highlighted stories from the ground, Claudy Vouhé of Genre et Action who provided a French activist view, Usha Nair of All India Women’s Conference and co-focal point of the Women and Gender Constituency (WGC) who grounded her remarks with experiences from India and highlighted the important role of the WGC for women’s civil society organizations to access and input to the official negotiations at the UNFCCC, and Hindou Oumarou who provided her perspective that women are too often in brackets and need to be fully represented in decision-making.

Hindou Oumarou who provided her perspective that women are too often in brackets and need to be fully represented in decision-making.

Eleanor included a focus on the need for climate justice in order to address the inequities and inequalities caused and deepened as a result of climate change. The Q&A addressed topics including women’s role in decision-making, finance, mitigation, armed conflict and mobilization of women’s activists in the climate change arena. 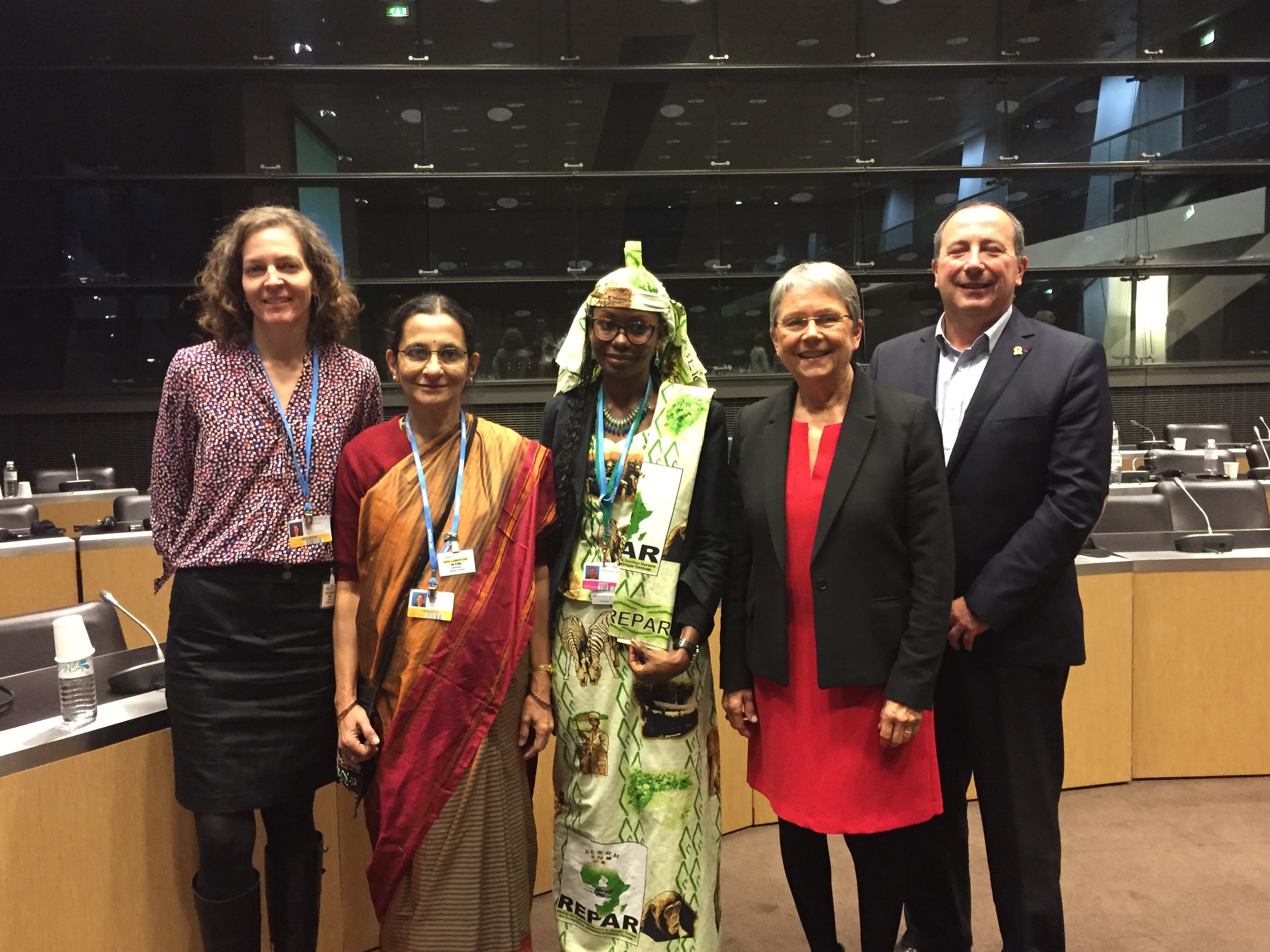 The latest on Eleanor Blomstrom, In The News, WEDO at COP21