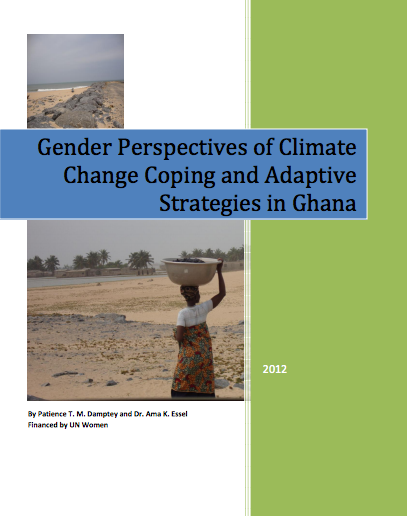 In Ghana, women constitute about 50.5% of the total population and they have key roles in several productive sectors, but, in particular, agriculture. They constitute 52% of the agriculture labour force, contribute 46% to the total GDP and produce 70% of subsistence crops.

Women are in charge of 85% of food distribution in the country, but in spite of women’s huge contributions in these and other areas, there is a range of socioeconomic factors that adversely affect both women’s actual productivity and their potential for increased outputs and the development of well-being in these sectors.

The study sought to begin to identify these factors: to understand farmers’ indigenous knowledge; identify gender gaps in this knowledge; and ways in which both men and women, cope and adapt to climate change. We also tried to identify gaps in knowledge and pinpoint areas where scientists and other stakeholders including extension agents could provide vital inputs to assist farmers.