It is with deep sadness that we write today to share the passing of our dear friend and sister Irene Dankelman. 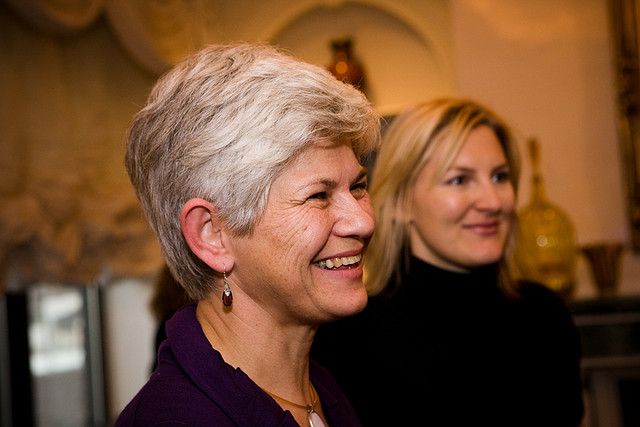 A mentor to many and a humble giant in the field of gender and the environment—Irene is part of the fabric of the WEDO family and all that we work for.

For over a decade, Irene served as the Chair of the Board of WEDO, having been one of the foremost leaders of work at the intersection of women’s rights and environment and an integral player in the foundational work of the organization from as early as 1990. In her tenure as Chair, Irene brought wisdom, passion, expertise and tireless support to the team—and oversaw incredible shifts in normative understanding and policy frameworks at the core of our work.

In the early 1990s, Irene was one of the first environmental advisors for what was then known as the United Nations Development Fund for Women or UNIFEM, and helped lead on the preparations for the 1992 Earth Summit in Rio de Janeiro. She worked hand in hand with women’s organizations, including WEDO’s burgeoning network, to support outcomes including language on gender equality and women’s rights. These outcomes have been the foundation of over 30 years of advocacy and work that has built a normative global agenda to advance women’s voices, particularly those of grassroots and Indigenous women, as leaders and decision-makers on environmental issues.

Last month,10th December, Irene received a Royal Declaration, becoming an Officer of the Order of Orange-Nassau in honor of her life’s work and legacy.

“It is rare in this life to come across someone who is equal parts brilliant and humble, a leader and a guide, an activist and a pragmatist. But this beautiful balance is Irene. For many, including me, Irene has been—for decades—a shining light. With a twinkling eye, a gentle nudge, a clarity of purpose, and an even hand, she has been the inimitable force of nature—for nature—hat has shaped the lives, organisations and movements of so many of us. From the halls of UN negotiations, to late-night strategy sessions, to first-of-their-kind workshops in every pocket of the world, Irene’s calm strength has been sustenance.” – Cate Owren, former WEDO Executive Director

“Since my early days at WEDO when she was a Board member, Irene was a role model and an inspiration, because of both her professional contributions and her giving spirit. Without Irene’s decades of work on sustainable development and on gender and environment, we would all be missing out. But, I think it’s Irene’s compassion and humanity that leaves such an impression on me.” – Eleanor Blomstrom, former WEDO Director

Irene’s contributions to work at this intersection are incomparable. Her wisdom continues to nourish us, as does her kindness and positivity. May we all strive to emulate her generous spirit and hope for the world and its future generations.

Irene passed away on the 28th of December 2022. She was laid to rest “among the trees, heather, sand lizards, birds and deer” surrounded by family, friends and colleagues.

Read More on Irene, in her own words:

Women on the forefront at the Earth Summit ’92 in Rio

The latest on Inside WEDO, Irene Dankelman, WEDO History