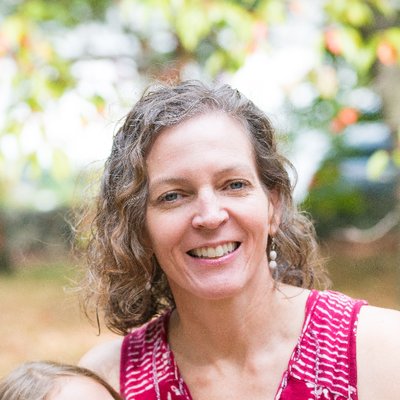 After nine amazing years, Co-Director and Head of Office Eleanor Blomstrom is stepping away from WEDO at the end of August 2018. Eleanor sat down with WEDO’s new Program Coordinator, Tara Daniel, to share some of her favorite memories of her time at WEDO and her hopes for the future.

What first brought you to WEDO?

Well, what brought me to WEDO was more or less chance. I was a career changer—I worked in teaching, I worked in human resources—and I went to graduate school to jump start a career in international policy. I wanted to focus on environmental policy, so while I was at SIPA (Columbia’s School of International and Public Policy) in New York City, I responded to a post at WEDO for a summer graduate fellowship. It was exciting to work in three things I cared about but hadn’t necessarily put together before: environment, policy and development, women’s rights.

So I think from there I got bitten by the WEDO bug, and luckily ended up getting a job with WEDO after graduation!

What was the first project you worked on?

There were different projects during the fellowship, but the first big project I worked on as an employee was Climate Change Connections. We were working with UNFPA on a resource kit about climate change, gender and links to population—there were chapters on the connections between gender and climate change, on policy, on NAPAs (National Adaptation Programs of Action), on finance, with case studies, and how to take action.

That was really fun: I started at WEDO when the project was already in place, and I had to jump in and do research; writing and editing; proofing the design, including looking at layouts in multiple languages; and liaising with the UNFPA. So it was a perfect way to get started and to see every aspect of WEDO from the publication side, but also from the grant side since it was my first grant report as well!

In the meantime, I was working on the early days of the Women Delegates Fund, and I remember sitting in Bangkok late at night, reviewing some of the design proofs after climate negotiation sessions. It was worth it, I used that publication all the time, for years.

What were some key lessons you learned from your work at WEDO?

It’s really hard to distill that down—I’ve learned so much at WEDO. From nonprofits, leadership, facilitating groups and advocacy to women’s rights, climate change, DRR, what policy processes are about…the list goes on.

And then I’ve learned so much about the incredible people around the world that don’t get enough attention in the media, who are completely dedicated to working on rights and justice and taking action wherever they are. All that I have learned from them really humbles me.

One key takeaway—which everyone that works in advocacy knows—is that advocacy work is never done. I was thinking a little bit of the game Whack-A-Mole, because you can spend a lot of time in a certain space and really build knowledge, build awareness, and get a group of people on board. Then, either new organizations come into the space, or you move somewhere else with the same ideas, and people there haven’t yet taken on the concepts of women’s rights and environment—those linkages – and then it’s time to adapt the advocacy for the new context. I’ve learned advocacy is not work for pessimists, and it makes me think of a quote we’ve had on our website from Bella, “Never underestimate the importance of what we are doing here. Never hesitate to tell the truth. And never, ever give in or give up.”

What is one of your favorite memories?

So hard to pick one favorite memory…for me it’s more like a feeling about a time or a moment. I often think of Rio+20, back in 2012.

We stayed as the WEDO team at Thais’ apartment, one of the founders of WEDO, We were really busy and also traveling an hour-plus to get to the space, but we almost always found time to have a sit-down at the table in the apartment to laugh, and talk, and relax a bit. So having that space with not only co-workers, but friends, was really important. It felt like a real connection to WEDO’s beginnings, as well as a link to WEDO’s future.

The other piece I really remember is that we never got to the beach, because we were so busy, but it was right there and we saw the water every day. So one day, we pulled over to the side, jumped out of the car, and rolled up our pants and went down to the water. It was for maybe 5-10 minutes, but it was glorious. A time to realize, ok, the world is not about international meetings. It is so much bigger than us. That was a beautiful moment, a WEDO team moment.

What do you hope to see in WEDO’s future?

I would love to see WEDO’s vision achieved, as far away as that sometimes seems. WEDO has been working for over 25 years, and sometimes it feels like, “oh, we’re still fighting the same fights or dealing with the same struggles,” but we do know there has been progress. We can see it in the policies we have advocated for and in the leadership of women now central to decision-making across a range of environmental arenas. I would like to see WEDO continuing to build on that, holding up progress made and ensuring there is no backsliding.

I hope to see WEDO maintaining its strength in the multilateral space, because there is so much nationalism and populism it really risks the progress that we have made. We need to stay there and stay strong. This includes continuing to provide and scale up opportunities for capacity building on advocacy and leadership for feminist activists – from climate change to other intersecting arenas such as trade, infrastructure and finance.

I’d also like to see recognition of WEDO’s vision and WEDO’s impact – and its interconnections with movements – reflected in diversified funding that supports the hard, long-term transformational work we do.

Also finally, I don’t hope this, I just know this – that in the struggle to achieve WEDO’s vision of a just world, WEDO will stand strongly by its feminist principles, engaging all kinds of people, new people, young and old, in diverse spaces, to make change happen.

As a new team member, what advice would you give me?

Figure out what rejuvenates you! The work can be tiring, and sometimes it is hard to see the progress. Rejuvenation might come from the people that you meet across the spaces we work, or making time, in the hustle and bustle of travel, to see the place that you are visiting, to connect to it in some way that makes sense to you. You never know when it’s going to be that moment that is transformational for you: it could be the sunrise in a new place, or it could be someone you meet on the bus to that place that turned out to be a total bust, but you had a great conversation. Whenever I left a place knowing I had found a moment like that outside of the meeting – that was my rejuvenation.

Oh, and seize opportunities. Whether an international meeting or a grassroots advocacy training, take on these moments, and try to shed preconceived notions of people and processes: really, be as open as possible. Go to marches, go to UN meetings, and as Bella would tell you, speak up!

This is where I get all sappy, right? It’s been an amazing ride at WEDO. There is no way in this interview I can put all the things that I have learned and all that I have gained from being a WEDO’er. It will always be a part of me and a part of my work going forward. Most of all I will never be able to forget or lose the connection to all the feminists and women I have met, and the things that we do in this work together: learn, disagree, compromise, sit in long meetings, write policy, laugh, listen to music, go to marches, support each other – all of that is something that will stand by me, always.

The latest on Inside WEDO