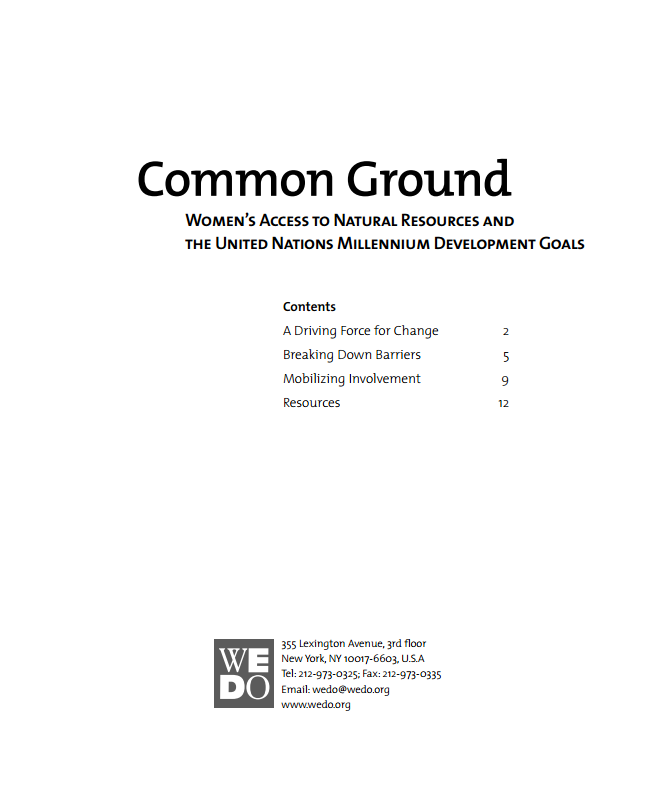 In developing countries, access to land can determine a family’s food security, income, social status, and political power. However, while women perform the majority of the world’s agricultural work, they often do not have secure land tenure and rarely reach financial independence. In most parts of the world, women and girls are responsible for collecting water for cooking, cleaning, health and hygiene, and if they have access to land, growing food. Increasingly limited water supplies, poor service delivery, pollution, growing population pressure and privatization are jeopardizing women’s survival and that of their families. Women in developing countries are often the primary collectors of household fuel, spending long hours in the search. They are forced to travel farther and work harder when fuel wood or charcoal becomes scarce.

Advocates for gender equality and women’s empowerment can play an important role in holding their governments accountable for reaching the Millennium Development Goals. This paper provides strategies, tools and actions for making gender equality central, not only to goals 1, 3, and 7 on poverty eradication, gender equality, and environmental sustainability, but to all eight goals.

The latest on MDGs, Sustainable Development