New York, NY (August 8, 2016)— In 2012, I wrote a blog about my “72 hours at WEDO” reflecting on, what I considered to be, the shortest internship in existence. At the time, I would have never guessed that I would be returning to WEDO (for two additional summer terms) as a communications intern or more appropriately, an “all of the above” intern, as is common for many small non-profits. Each summer I returned from a year away at college to an office of new and familiar faces. The majority of the work that I supported was related to communications and social media with each day bringing something new to learn.

The experience that best represents the evolution of my time as an intern with WEDO is the contrast between my visits to the United Nations (UN). In 2012, reflecting on my 72 hours at WEDO, I wrote, “My third and final day interning for WEDO, I took a tour of the UN. Although it seems silly now, I felt like a pretty important person to be strolling around the UN.” Three years later, I found myself wandering through the various buildings and chambers of the UN Headquarters – This time with a temporary security badge proudly swinging around my neck to attend the 2016 High-Level Political Forum (HLPF). Despite the elevated security clearance, I felt slightly more intimidated without a tour guide to show me around. Nevertheless, three years later, I felt more mentally prepared to understand the proceedings, respond to them using social media, and support the members of the Women’s Major Group.

If my first tour of the UN introduced me to the sustainable development goals (SDGs); the HLPF gave me an inside look at the implementation of the SDGs and how civil society advocated and organized to ensure no one was left behind. I will admit to feeling out of place as I was usually one of the youngest, if not the youngest person in the room. While I was attending events and listening to distinguished advocates and delegates, I would feel my phone occasionally buzz in my pocket, with an email about my textbooks for my final year of undergraduate study. The juxtaposition of our positions couldn’t have been more pronounced.

It wasn’t until I attended a side event entitled “Youth Empowerment in the SDGs” that I finally found myself in a room where a majority of the participants were closer to my age. The speakers made passionate presentations about “making the invisible visible” by empowering youth to contribute to and advocate on behalf of the SDGs.

It was inspiring to hear how ardently they believed in the power of youth as agents in their own right, not just as a “future generation” to carry the torch as we so often hear. This side event was important because it encouraged me to rid myself of that feeling that I was out of place and to challenge myself to become more actively involved in the SDG process.

It set the tone for the rest of my time spent observing the sessions and side events at the HLPF.

Overall, I walked away from the HLPF with a sense of hope. There was an abundance of promising speeches about eradicating poverty and creating the world we want. It was heartening to listen to each speaker describe the early successes and the upcoming challenges that their nation prepared to face. It was humbling to even be sitting in the halls of these chambers.

However, the voices that were either missing or being actively unheard were also readily apparent. The critical questions posed by the UN Major Group for Children and Youth that went unacknowledged and unanswered, the failure to call on any of the major groups in some sessions, and the interruption of interventions delivered on behalf of the Women’s Major Group stand out as prime examples of the exclusion of voices that challenge the narrative presented on the main panel of discussion.

The terms and acronyms that I had previously muddled through as I tried to grasp the focus of WEDO’s publications had suddenly played out before my eyes and I obtained a clearer understanding of everything WEDO and the Women’s Major Group were advocating for.

The nostalgia is setting in as I have a little less than two weeks left as an intern at WEDO. For its twentieth anniversary, WEDO released a publication entitled “Celebrating Milestones and Momentums”. For me, this title captures the essence of my interning experience. Each summer, my role contained some elements of an archiving project to be done alongside other communications work. I’ve skimmed through and cataloged the vast majority of WEDO’s publications documenting the progress made on women’s empowerment, rights, and leadership in the field of sustainable development. I’ve looked through and digitally uploaded a number of photographs depicting WEDO’s presence at major conferences and events. I’ve listened to Bella Abzug’s voice as she addresses a small seminar on why she wears her distinctive hats.

Alongside this discovery of the history of the organization, I also had my own small milestones. If you had asked me to describe my familiarity with WordPress last summer, I would have told you that I was only familiar with the name. This summer, I was able to work on WordPress updating and writing posts for WEDO and the Women’s Major Group. I went from touring the United Nations, to attending forums and events with a critical lens. I am grateful to the WEDO team for continuously taking me on as an intern and being willing to mentor and guide me along a path that has shaped my academic career and career aspirations. 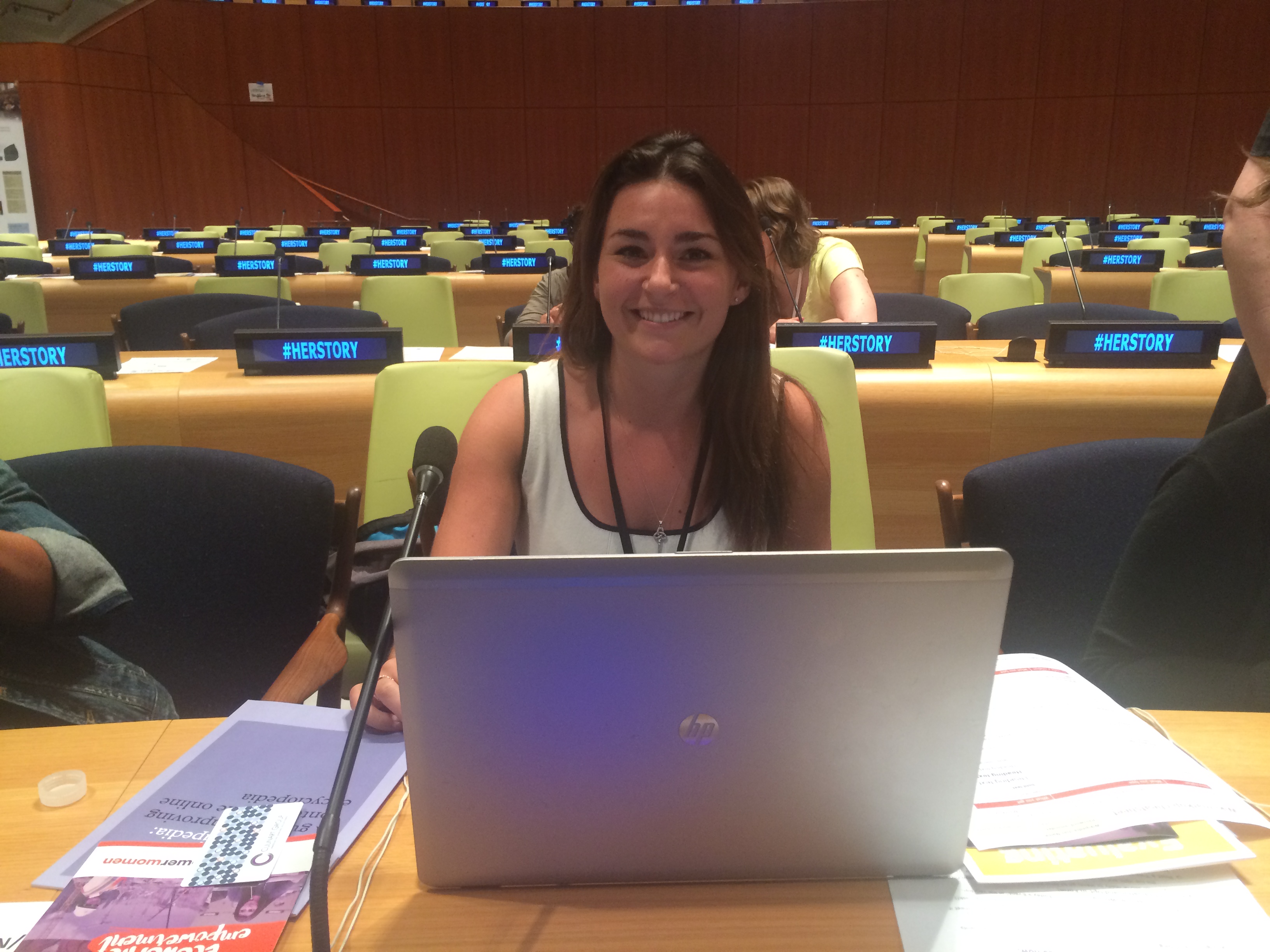