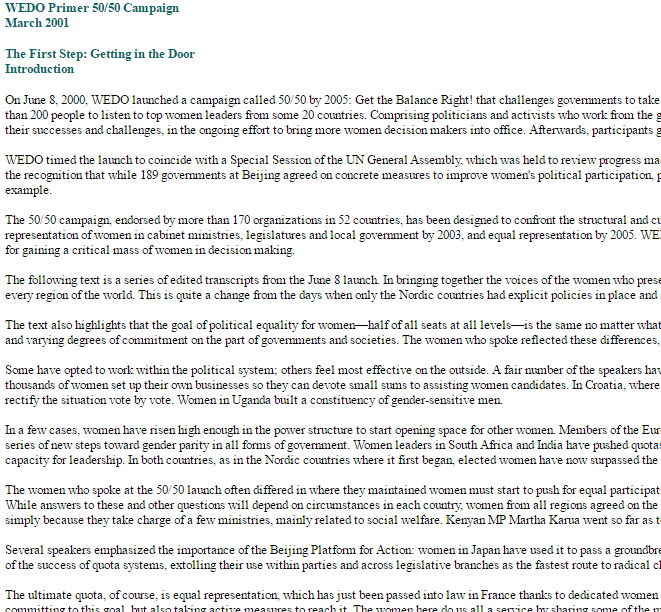 On June 8, 2000, WEDO launched a campaign called 50/50 by 2005: Get the Balance Right! that challenges governments to take action to increase women’s political participation.

The Primer is a series of edited transcripts from the campaign launch, bringing together the voices of the women who presented at the event. It reveals the groundwork for improving women’s participation in political systems being laid in every region of the world, a change from the days when only the Nordic countries had explicit policies in place and showed progress.

The text also highlights that the goal of political equality for women—half of all seats at all levels—is the same no matter what country or form of the government. But getting there is a process that will filter through different political systems, cultural norms and varying degrees of commitment on the part of governments and societies. The women who spoke reflected these differences, both in their achievements and in their strategies for change.

Below is a link to the primer: