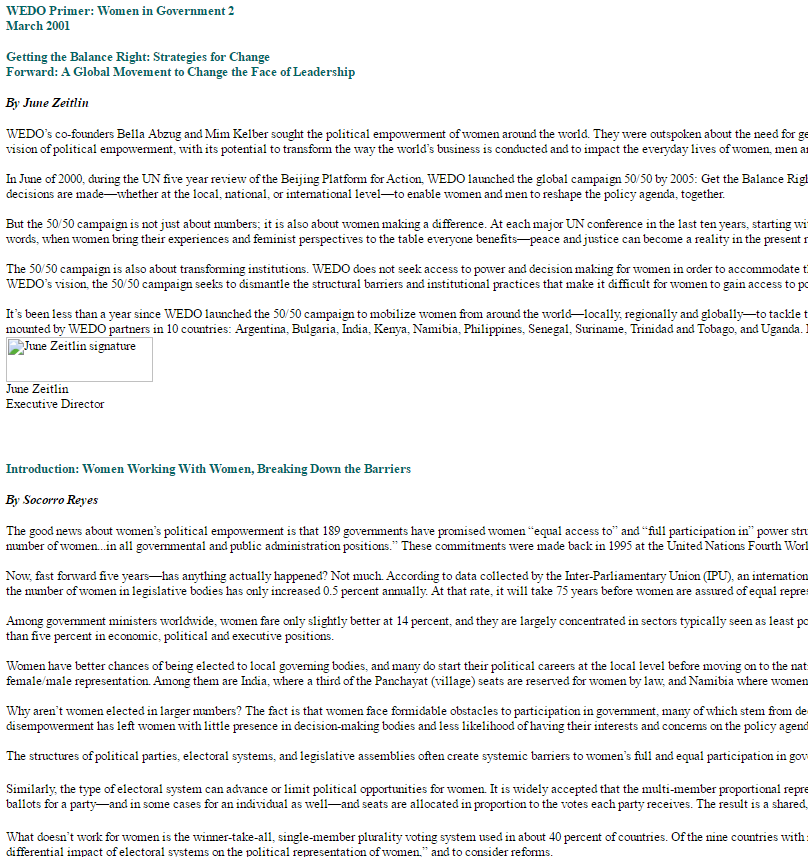 In June of 2000, during the UN five-year review of the Beijing Platform for Action, WEDO launched the global campaign 50/50 by 2005: Get the Balance Right. This campaign underscores the need for a critical mass of women in leadership positions at all levels. One or two women in government positions are not enough. We must be present in large numbers wherever decisions are made—whether at the local, national, or international level—to enable women and men to reshape the policy agenda, together. However, the 50/50 campaign is not just about numbers; it is also about women making a difference.

WEDO’s co-founders Bella Abzug and Mim Kelber sought the political empowerment of women around the world. They were outspoken about the need for gender balance at the United Nations, in parliaments, and in all decision-making bodies, and the feminist perspective they advocated was grounded in the diverse experiences of women worldwide.

Read more about WEDO’s primer on Women and Government and the 50/50 campaign below:

Getting the Balance Right: Strategies for Change (2001) (html)

The latest on Beijing Platform for Action, Political Participation