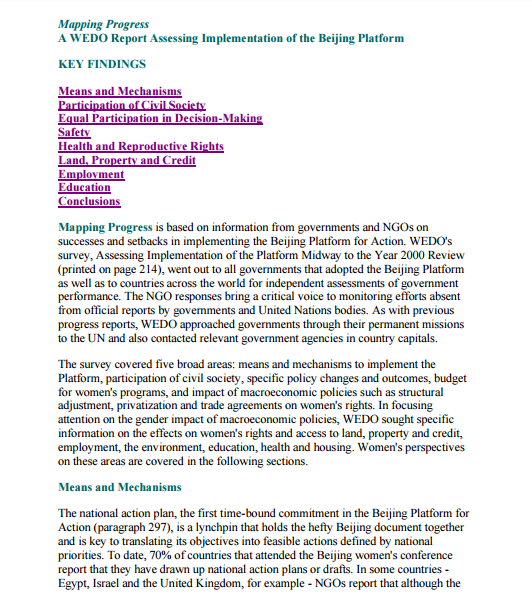 A WEDO report assessing the implementation of the Beijing Platform for Action midway to the year 2000.

Mapping Progress is based on information from governments and NGOs on successes and setbacks in implementing the Beijing Platform for Action. WEDO’s survey, Assessing Implementation of the Platform Midway to the Year 2000 Review (printed on page 214), went out to all governments that adopted the Beijing Platform as well as to countries across the world for independent assessments of government performance. The NGO responses bring a critical voice to monitoring efforts absent from official reports by governments and United Nations bodies. As with previous progress reports, WEDO approached governments through their permanent missions to the UN and also contacted relevant government agencies in country capitals.