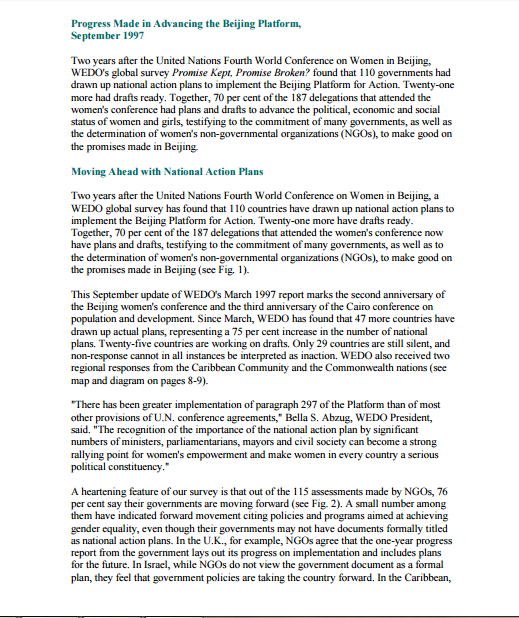 A survey of governments on national action plans to implement the Beijing Platform for Action two years later.

Two years after the United Nations Fourth World Conference on Women in Beijing, WEDO’s global survey Promise Kept, Promise Broken? found that 110 governments had drawn up national action plans to implement the Beijing Platform for Action. Twenty-one more had drafts ready. Together, 70 per cent of the 187 delegations that attended the women’s conference had plans and drafts to advance the political, economic and social status of women and girls, testifying to the commitment of many governments, as well as the determination of women’s non-governmental organizations (NGOs), to make good on the promises made in Beijing.